This course offers you to create the high quality games for mobile and computer with advanced programming and 2d and 3d level designing techniques.

This course provide you the options how to create a levels designs with animation sequences. Stargate will teach you how to create First person, Third person games which most like people are interested now a days. In order to create games designing is not only important, programming plays the key role to run any game weather it could be mobile or PC game, stargate will provide advanced C# Game Programming language classes using Visual studio in this course. It also consists of three components like Burst Compiler, C# Job system and ECS. The main goal of of C# is to simplify developers lives and save customers money. Burst Compiler will produce highly optimized code for chosen platform to get the most out of its hardware. Previously developers use to write a lot of code, drawback of writing such code, besides its complexity,is the fact that there’s no way to run it on different platforms. Latest version of unity will have open source frame work with built-in features such as Client-Side Prediction, Lag Compensation, and Interpolation. Unity contains Visual Scripting, this will increase the prototyping speed which is a major stage of development. Game designers would simply learn this simple scripting tool and prototype on their own. Kinematica is a new feature which includes Machine Learning(ML) to structure a lot of raw moting data. Environment system feature will help designers to build teams working in a layer-fashioned style. Hence, multiple artist can operate on different parts of the terrain simultaneously. Which saves tons of money. By learning this course students can create 2D side scrolling games like for example Mario, Contra etc mostly these games are made for mobile platforms. At the end of the course students can be able to create 2D and 3D games and also can be released in the playstore . Virtual texturing is a great new feature which is the great optimization technique that considerably saves resources of the hardware. If you’re interested in learning HOUDINI, Then click Houdini for VFX  to understand in detail. 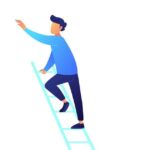